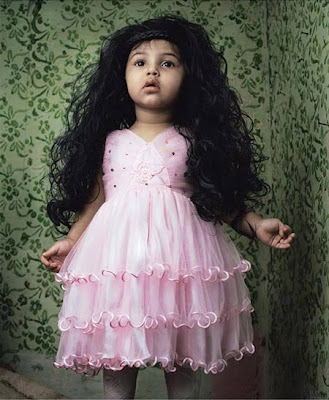 © Symon Kliman
An exibition on "New Slovak Photography" will open on the 1st of February at the Anzenberger Gallery in Vienna. There will be showcased photographers such as Andrej Balco, Martin Kollar, Symon Kliman , Lucia Nimcova, Viktor Szemzö, Juraj Chlpik, Jana Ilkova, Petra Cepkova, Marek Kvetan.
Here the statement presentation of the exhibition written from curator Lucia L. Fiserova :
The exhibition „New Slovak Photography“ is a free continuation of the two shows on Slovak photography organized by the association FOTOFO – „Contemporary Slovak Photography“ and „Young Slovak Photography“ – these were mapping changing forms of this medium in the course of the 90’s. The current exhibition offers an overview of the situation in the Slovak photography after 2000, mainly in the last 3-4 years. Through works of presented authors it reflects new approaches in form, content, topics, and used technics as well.
What represents a big shift comparing to the previous decade is an increasing usage of a photographic image by authors who do not primary regard themselves as photographers, but for which photography is rather one of important means of expression. This phenomenon is closely linked to expanding of a topic frame; authors do not focus anymore exclusively on a formal and technical perfection of image (also because of a different artistic specialization and education). They introduce socially engaged topics from the field of politics, economics and contemporary lifestyle in their work, using colour photography above all. In these topics, authors often cope with recent political past and presence of Slovakia, as well as with global problems of the world; all as sort of a visual archeology.
The exhibition reflects a longer-term trend of genres merging and dissolving of their established definitions by still more frequent usage of digital manipulation as means testing medium limits (e.g. in the photographic document). In other digitally manipulated series, authors put also a purely formal question what it is exactly an image and what is its essence. A concept of photography as an image carrying information based on social relations has brought with itself also questioning of clear borders between the „amateur“ or „craft“ photography and the „artistic“ one.
Last but not least, the problem of identity, gender and intergeneration or social relations directed to face and body, either in an interiour intimacy or in an absurd situation of man in a countryside or urban environment characterizes the Slovak photography.
The current show of the new Slovak photography should serve as a kind of probe in the depth of this medium in Slovakia at the time when the long time ago disturbed waters of political and medial revolution have stilled.
Posted by Daniele Mattioli at 9:37 AM Links to this post

Shanghai local government is thinking to adopt a "special" law for the municipality by introducing the freedom to family to have more than one child , is a controvertial issue in China, since the Child Policy has been adopted Chinese population DID not grew of around 400 million people in the last 30 years....

all this introduction to present the One Shoot Project : Standard Family by Chinese Photographer Wang Jinsong which has portraits different typical chinese family with the typical red backdrop.....

Posted by Daniele Mattioli at 8:47 AM 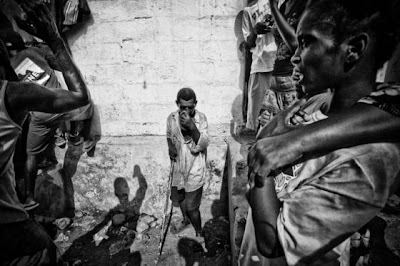 I dont like to talk about photojournalistic work but following a facebook discussion I went to have a look at the different photographers who jumped in the first plane to Santo Domingo and drive to Haiti to cover the devastating earthquake which caused already 150000 deaths.
All in all in general is a difficult task to cover such events, people need to forget humanity to be close to death without thinking why to shoot a photo instead of giving help..., I  know is an hard debate in which i want to stay out and therefore I would think that the reportage from Emiliano Larizza from Contrasto is for sure the best i have seen. There is perhaps too much of "Highlight and Shadow" from Photoshop but nevertheless composition and close distance to the mess of the terrible aftermath has produced an intense view of what happened. For the rest i saw the regular work from many assignment photographer, they did what u need to do, perhaps in few days we will see a post processed edition of that photos which will produce a stronger impact and in the same time some ethical question on how Photoshop is nowadays widely used.

Posted by Daniele Mattioli at 8:05 AM Links to this post 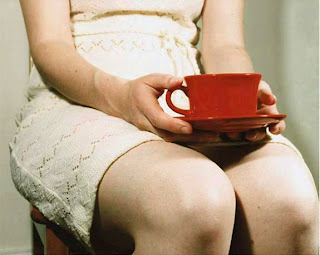 Another interesting photographer emerged from the shortlist of the Hyeres 2007 competition. Rebecca Veit, american, has a particular eye on details of female life.
Posted by Daniele Mattioli at 8:48 AM Links to this post 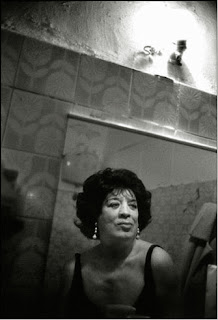 Italian photographer Francesco Giusti has worked on a story on old transvestites in Italy . I like the intimate approach of this feature mainly shoot in Via Del Campo a famous street in Genova title of a famous song from Fabrizio De Andre'
Posted by Daniele Mattioli at 10:40 AM 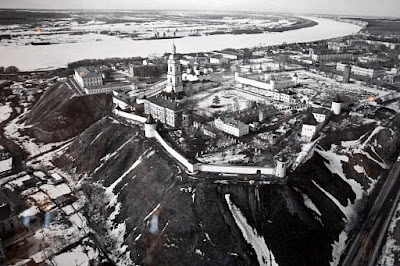 If you want to make money by selling prints then become a president or better a Russian President... Dmitry Medvedev sold a print from an aerial shot of the Tobolks Kremlin in Western Siberia. The prints has been sold at 1,2 Million Euros and perhaps is one of the most expensive prints sold in history. The photos is quite good especially when i think at the landscape prints sold at Ikea....
Posted by Daniele Mattioli at 8:16 AM Links to this post 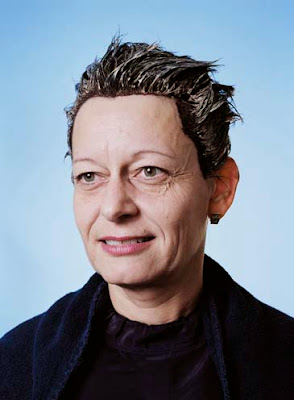 Funny portraits series on women at the hairdresser by French Photographer Benjamin Roi
Posted by Daniele Mattioli at 8:42 AM Links to this post 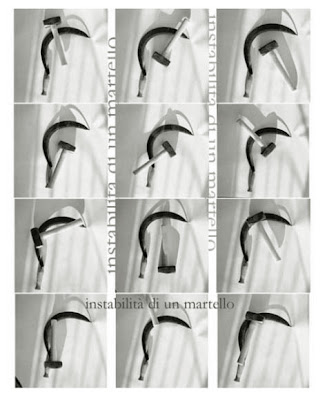 The "instability of an hammer" is one of the best composition from Sicilian Photographer Nino Calamuneri. No one could describe visually the tormented life of the former communist party in Italy... Nino Calumeri works in advertising and portrait photography and is an excellent chef (he loves wines but who does not ??) . Looking forward to have a glass and some talk on photography with Nino.
Posted by Daniele Mattioli at 9:23 AM Links to this post 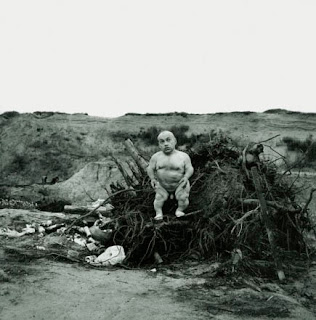 Russian Photographer Alla Esipovich is presenting her work at Reflex  Gallery in Amsterdam. The project presented is called "No Comment".
Posted by Daniele Mattioli at 8:12 AM Links to this post 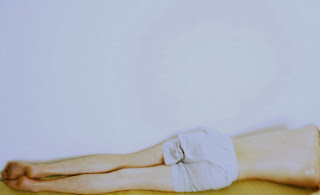 I dont know much about Shanghainese Photographer Liu Yiqing , a web site with different galleries and not a clear idea of project, perhaps a better editing and better preparation to a topic but nevertheless there are some photographs which make me pay attention and write it about it. I do like some from his portraits link.
Posted by Daniele Mattioli at 9:25 AM 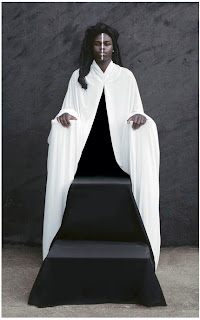 Italian Maïmouna Patrizia Guerresi is an artist ranging from Scultupures to Photography . She presented her work in the Rencontree De Bamako (festival of photography in Mali which I talked about in a previous article ) and also at the Lucca Digital Photofestival.

I found interesting her latest photography series on African Muslims from which I use the cover photo for this article.

Posted by Daniele Mattioli at 8:23 AM Links to this post

I love to read Paul French Blog China Rhyming, Paul is a great writer and great connoiseur of China and in particular Shanghai. An old article i found is about the famous photo of a Baby in a bombed South Station in Shanghai in 1937 done by H.S. Newsreel Wong , the photos published by Life Magazine and had a profound impact on American Society . Was taken during the Sino-Chinese war when Japanese invaded China. The article of Paul French discovered that the photos might have been staged. Paul French describe the fact on his book "Through the Looking Glass", here a small note from the article which you can view it here : In my book I included the famous photo but did not get release rights for the other photo that indicates the shot may have been staged somewhat – not that a baby wasn’t caught in the raid and left distraught in the Station but that the baby may have been repositioned or encouraged to stay in place while a photo was taken.

I include the famous photo and also the photo where is possible to see how the child has been placed in that position .

Posted by Daniele Mattioli at 8:59 AM Links to this post 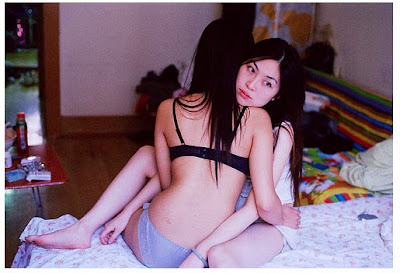 I want to start the new year with a post on a young photographer in China : Luo Yang , I dont look into Flickr, the way the photos are proposed and also the comments make me mad... but nevertheless is a place where among million of users is possible to find new young talent.
I dont know much of Luo Yang and I would like to see more about her.

Posted by Daniele Mattioli at 8:39 AM Links to this post