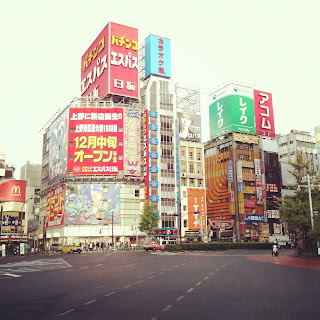 I have been away from my blog ...  since I started to work more on commercial photography I did not have time much to write , I am still look around to good photography and stay away from bad photography... and  away from all the strange mentality which make people think Photography is a quite easy profession to do (just buy a camera and learn two/three things about photoshop and some social networking) .. Photography I like it will be always the one which stay alive for many years or forever (Look at the modernity of August Sander's portraits for example) and the photography I dont like will be always the one which proposed a surrogate of effects without a content...
It is about content... and this make me think that despite all it will survive to all this digital easy clicking...
You can still use the blog as reference... , I divided in category and perhaps some photographers I mentioned are still good ... My aim was never to discover only young photographers, it is a rush from many curators/bloggers into that... I do think that age is not an important issue , experiencing is important as much as a "fresh" vision... is about content, culture you put in it...
I will be back one day, you will never know.... (photo for the article done with an iphone in Tokyo).

Posted by Daniele Mattioli at 10:36 AM 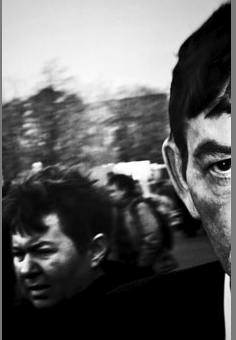 Somebody asked me what is my favorite winner for the 2011 World Press Photo , so I went through the winner's list and I was really good impressed with the language and continuity of Filip Cwick from Poland. His photos is a good series from the National Mourning. . I like this winner from "People in the news" third prize stories.

Posted by Daniele Mattioli at 11:02 PM 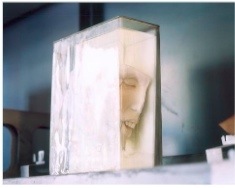 I have met Simone Casetta several times, last time in his "Cascina" outside Milan, I was nearby to take photos and I had the great pleasure to see big prints of the project "Fanno finta di non esserci" a poetic portrait of a difficult subject such as dead body preserved under formaldehyde for medical studies. I found the project also quite unique and strong. His web site indeed contain different other project as Simone is also involved in Social reportage.

Posted by Daniele Mattioli at 10:30 AM 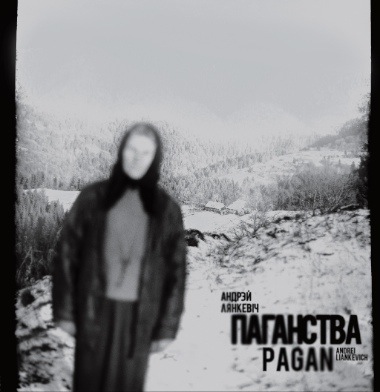 Belarusian Photographer Andrei Liankevich has produced a book on Pagan Culture in his native country. It is an interesting look at some ancient ritual , a black and white view full of an interesting mysticism and poetry which I do advise to buy. The book is on sale at Anzenberger book gallery .
Here an extract from the text written by Svetlana Poleschuk :
Christmas, Strechannie, Summons of the spring, Palm Sunday, Easter and Funeral rites, St.George’s Day, Whitsunday, Midsummer, the Saviour, Zazhynki, Dazhynki, Dziady. Nowadays they are called folk holidays or rites and are even depicted in schoolbooks. In the units “Belarusian legends, myths, and stories” our ancestors are described to explain all nature and life phenomenon by the existence of living creatures – spirits. House, forest, and field had their spirits. Brownie mastered the house, wood-goblin mastered the forest, and mermaids mastered the river. Lightening is an enraged God, and stars are people’s soles. People worshipped stumps and stones, sun and thunder, animals and birds, plants and ponds; these were respected, afraid of and asked for help. Sometimes at schools and folk hobby groups the brightest rites are reconstructed to achieve better knowledge of traditions, just as the amateurs of medieval culture reconstruct knight tournaments. Examples of such rites installed are: Shrove-tide together with ceremonial burning of man of straw or Christmas walk of the dressed up mummers group singing Christmas songs and wishing people rich harvest asking presents for it. It’s also possible to take a great interest in Midsummer romanticism by once visiting the festival in the city park or by going to the country for a corporative party. Midsummer is the shortest night of the year when people search for the fern-flower, jump over the fire, sing and dance in a ring, twine wreaths, and foretell the fate. Perhaps these are all the options for the city inhabitant of Belarus of today to get acquainted with folk holidays. However in contrast to the knight culture, that remained in the past, folk or pagan traditions still exist in the villages. These traditions by some miracle survived seventy years of communist atheism that reorganized all the fields of people’s everyday life. Peasants continue bringing home birch twigs on Whitsunday, they do not send the herd to pasture before St. George’s Day, and do not eat apples before the Savior, or leave an unreaped sheaf in the field binding the ears in so called “beard”, they do not go to the forest and do not bathe during the “mermaid week”. One should at least once face with such peasant’s way of thinking, to which many unusual restrictions and rules are appeared to be important, to understand that the school material concerning our ancestry do not resemble folk tales any more.
Posted by Daniele Mattioli at 10:14 AM 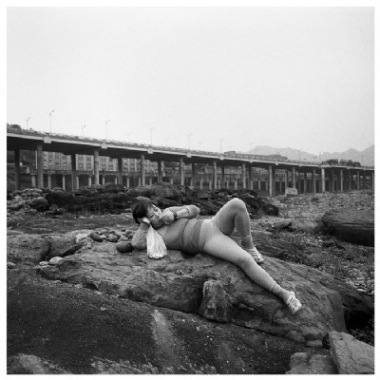 I often see good project from one of the most interesting city in China , Chongqing, this time is from Hua Weicheng who has produced another Black and white project on the city . Something which reminds Muge but with some impressive photos which I like to share in this blog.

Posted by Daniele Mattioli at 10:28 AM 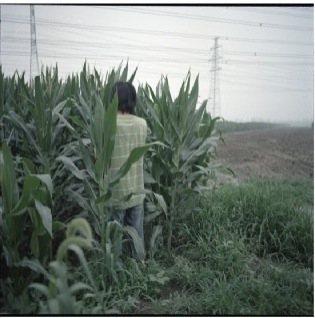 I like some photos from Qi Ying although is hard to see proper projects in Flickr he has done some interesting series of portrait combined with country landscape. Worth to follow his progress.

Posted by Daniele Mattioli at 9:58 AM 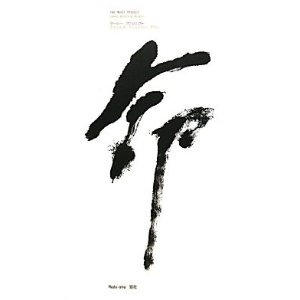 The Merci Project / Inochi is a book created and curated by american photographer
James Whitlow Delano which has put up a good list of 118 photographers
which accepted to donate their photos for a special fund raise. Worth to buy if you look for a good photo book . Here more from the statement of the project which is
possible to purchase also on Amazon.
"The Mercy Project / Inochi features the work of 118 photographersfrom 28 countries from Magnum, VII Photo, Noor, National Geographic, to emerging talent worldwide coming together to create awareness and raise funds for hospice and palliative care. Eleanor Clift, a Newsweek writer who has also been a beneficiary of hospice care when her husband was in need, wrote the postscript for the book. I posed one question to photographers I’d met all over the world (through my reportage work), after the untimely passing of hissister, Jeanne, and last member of his nuclear family to renal cancer: “share with me one photograph that says to you, ‘MERCY’”. I hoped that this collection of photography could contribute in a meaningful, concrete way in the effort to expand awareness about the critical role that hospice care can play, as it is likely to touch the lives of most of our families during the course of our lives. Hospice care, the most humane care I have ever encountered, allowed our family to come together and freed Jeanne from pain so that we could focus more on her final 5 months of life. I have partnered with San Diego Hospice and the Institute for Palliative Medicine in California, which has a tremendously effective outreach program to the community and the medical profession. The Japanese partner is Japan Hospice Palliative Care Foundation."

Posted by Daniele Mattioli at 9:32 AM

Email ThisBlogThis!Share to TwitterShare to FacebookShare to Pinterest
Labels: Books

Augenblick , Back on track with my blog 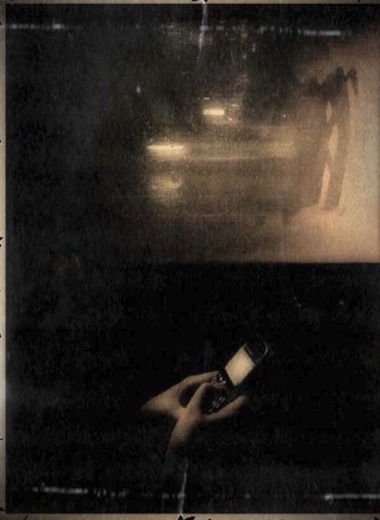 After a period of silence I am getting back on track in writing and posting on my blog. It is a very busy
time with work and I could not follow much photographers , books review and things to add. Indeed I am also agreed with one article (from another blog ) which describe the sort of inflation of photographers who decided to blog on photography and ... I am one of them... but the good thing is that at least I dont speak much of myself (and this can make it more interesting for a start) basically is not a "me me me" blog but mostly about people who are able to create their own language. Haven't say that... for this post I  use one of my photo taken with my iphone... I will be back soon with more posts, hopefully to be more constant than the last period..
Posted by Daniele Mattioli at 9:48 PM

I was invited to an interesting exhibition here in Shanghai, "Un'Impero in Posa" is a showcase of photos done by italian Missionaries who travelled in China between the 19th and the 20th century. The Exhibition is organized by Univercity of Bologna together with the Italian Ministry of Cultural affair and the Consulate General of Italy in Shanghai. Starting from the 14th at Tongji University in Shanghai (Zonghe Building).

Posted by Daniele Mattioli at 9:34 AM

Email ThisBlogThis!Share to TwitterShare to FacebookShare to Pinterest
Labels: Exhibition 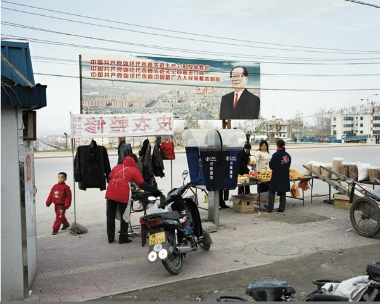 "Voyage au pays du Réel" is one of the most interesting photographic essay from French photographer Thierry Girard. The photos depicting China following the same route done in 1913 by archeologists Victor Segalen and Augusto Gilbert. The project is also resulted in a book edited by Beaugeste Design solution with texts by Christian Doumet and Lin lu.

Posted by Daniele Mattioli at 7:42 PM